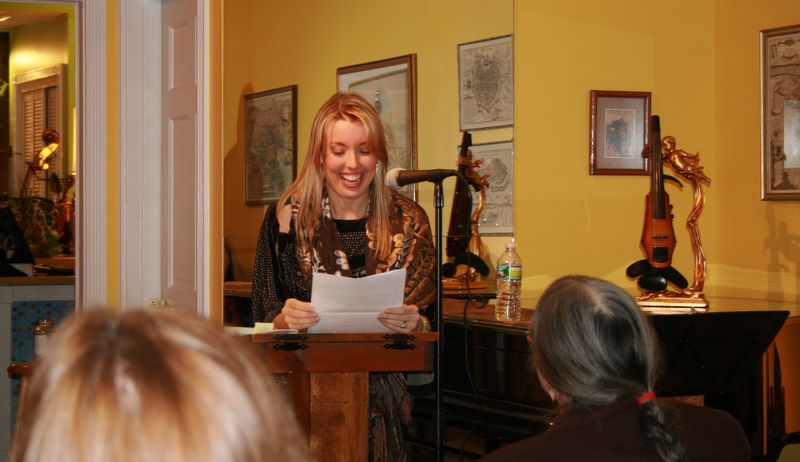 I have become the Cultural Curator of the Long Island Violin Shop.  Our inaugural LIVS Fourth Friday Studio Series event: “Long Island Bards’ Tribute to the Bard”, featuring music and poetry, was a tremendous success!  Many thanks to all those who participated and attended.  Along with such prominent Long Island poets as Richard Bronson, Graham Everett, Gladys Henderson, and Gayl Teller reading their work and their favorite lines of Shakespeare, we were also graced with music from the Shakespearean period –  guitar and flute music by Serenade Duo – Gerry Saulter and Michelle LaPorte.  Graham’s team from Street Magazine was there to film the event.

We were pleased to have such a great turnout for our first event – standing room only!  We’ll have to get a few more chairs in for next time.